Jack White's loyal Detroit fans thought they were attending the first show of his Supply Chain Issues tour. They didn't know they'd be guests at his wedding. 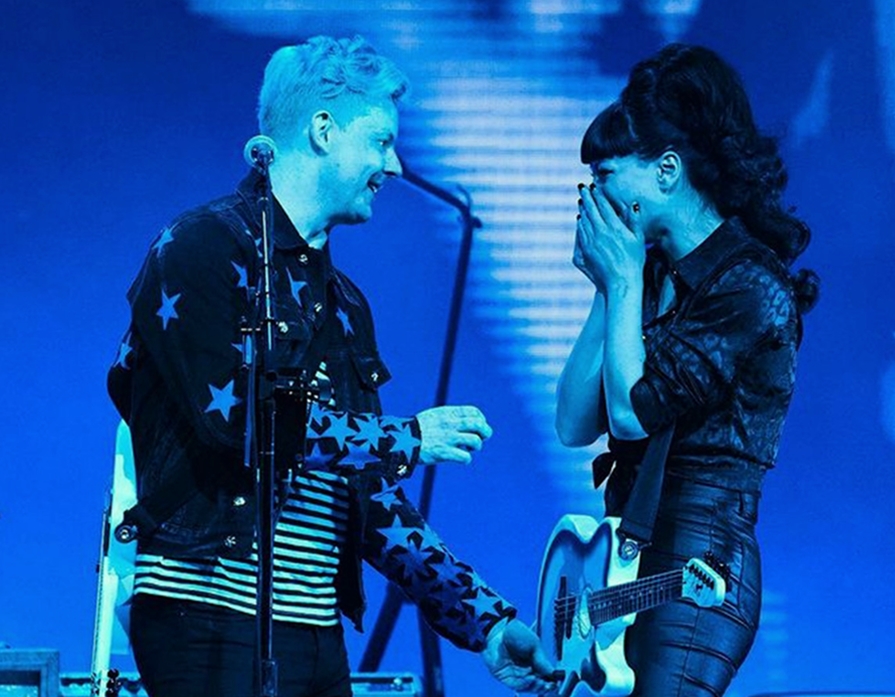 At the climax of the concert Friday night at Masonic Temple, White introduced musician Olivia Jean of The Black Belles to duet with him on "Hotel Yorba," an early White Stripes song from 2001. As he sang ... let's let Adam Graham of The Detroit News tell it:

He introduced Jean to the crowd as his girlfriend, and then told her he had a question for her.

"Yeah?" she asked, her voice making it apparent it was not a rehearsed bit. "Will you marry me?" he asked, presenting her with a ring, and when she said yes he casually, perfectly rolled into the next line of the song: "Let's get married!"

And then they did. White came back on stage after a quickie break and told the crowd, "it's been such a great day, mind if we get married right now?" A small group including White's bandmates, White's mother, Teresa Gillis, and Jean's father, Brent Markel, gathered on stage, while the officiant quoted Prince's "Let's Go Crazy" ("Dearly beloved, we are gathered here today to get through this thing called life").

Sounds like quite the show. And quite the day -- White played an instrumental version of the National Anthem to kick off Opening Day at Comerica Park. (Which the Tigers won, 5-4.)

And the bride is already in the family, so to speak. Olivia Jean Markel, 32, is a Detroit native who moved to Nashville to record with White's Third Man Records organization there; White, 46, is said to have invited her to Tennessee, where he oversaw the formation of the Black Belles, an all-female trio who combined elements of goth and garage and included Markel.

This is White's third marriage. His first two, to musician Meg White and model/musician Karen Elson, ended in divorce.

Don't look for social-media photos of the happy event, beyond the official release above; Friday's was a no-phone show, and patrons had to lock their own in pouches for the duration.

White plays a second gig at the Masonic tonight. If anyone's taking bets on how he'll top Saturday's show, let us know.