Sam Richardson and Tim Robinson, who cracked us up as wacky admen Sam Duvet and Tim Cramblin in two seasons of "Detroiters," are back in front of cameras locally for a prospective HBO Max series called "Computer School." 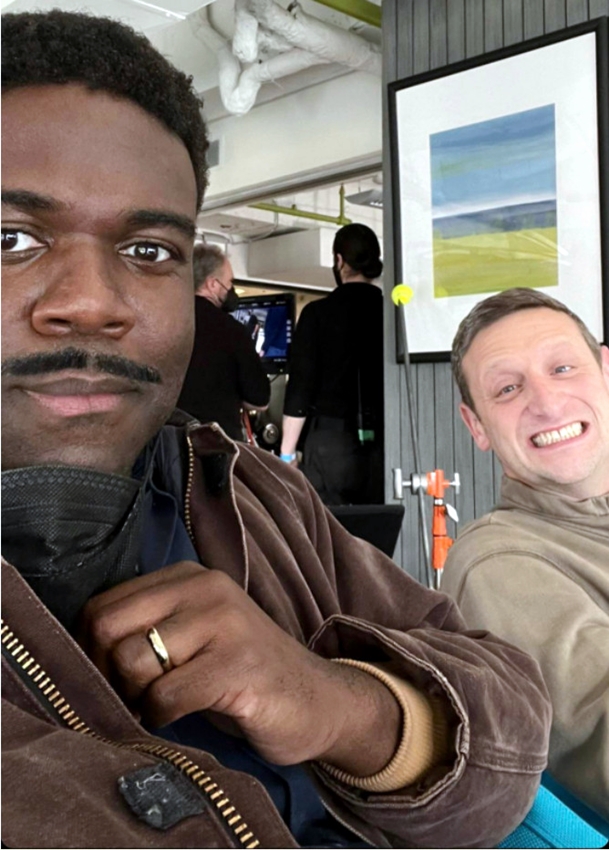 The show is about a recent high school graduate and his older uncle (Robinson) attending a computer class in suburban Detroit, entertainment news sites say. Richardson's recurring role is undisclosed -- probably the class instructor, we figure.

Richardson, 38, and Robinson, who turns 41 next month, each were born in Detroit and met in the comedy network here.

Scenes reportedly were taped last week in Detroit. Five days of shooting just got under way in Ferndale, The Macomb Daily reports.

Filming for the "Computer School" pilot began Thursday at a home near Geary Park, and will continue through Monday, April 11, according to a letter sent to area residents by the production's location manager.

There were multiple trailers parked in the lot adjacent to Geary Park, as well as dozens of both personal and production vehicles lining the streets near Central and Earle on Thursday morning.

A location scout last month asked selected homeowners to allow filming in their houses and yards, in exchange for "fair compensation."

The project is written by Robinson and two-time past collaborator Zach Kanin, with both serving as executive producers. The pair also created and wrote "Detroiters" (2017-18) for Comedy Central and "I Think You Should Leave with Tim Robinson" for Netflix (2019-21). Each show earned strong reviews and cult followings. Richardson also was a "Detroirters" creator and writer.

Richardson, who appeared in sketches on the Netflix series, is best-known for playing Richard Splett in the HBO political comedy series "Veep" (2012–19). This year, he co-stars in "The Afterparty," a murder mystery comedy series renewed for a second season on Apple TV+.