Mark Schlissel's digital billets-doux, posted by University of Michigan regents to show why he's no longer president, reveal more than a sonnet-sharing side and his frisky reaction to the word yes ("love it when you say that"). 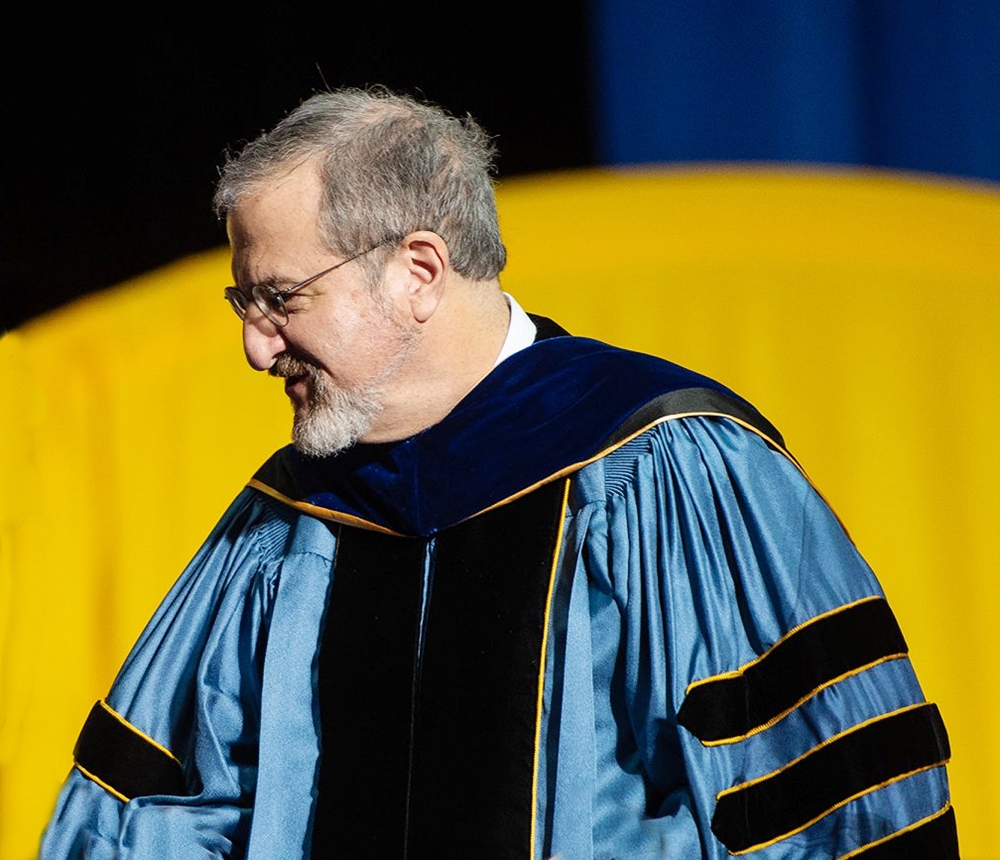 Twenty-seven months of emails also give rare peeks at this $927,000-a-year executive's tastes, quirks and interests. Messages to and from Madame X, a staff member referred to as "Individual 1" in the regents' PDF, show how Schlissel dines, travels and shares a streaming service password.

Schlissel's special friend may have a development and alumni relations role, as suggested by a reference he makes to her "donor stewardship" responsibility and emails about which benefactor to invite to a basketball game in Los Angeles. In a text message last June, she mentions making "comments to investment advisory committee."

These are among public glimpses of a deposed campus leader's personal side in emails from September 2019 until early last month:

The pair dined on braised lamb with Kashmiri chilis, yogurt tomato curry sauce and aromatic spices from Cardomom Restaurant on a Wednesday night in October 2020, when Chicken Korma and garlic naan bread also were part of their $44.08 takeout meal (including a 10% tip).

Two months later on a Thursday evening, they shared a calzone with peppers, Italian sausage and mushrooms from Pizza House on Church Street in Ann Arbor, according to a receipt emailed to his co-diner for pickup.

We don't know if he thumb-types rapidly, but messaging abbreviations are how this 64-year-old rolls. He trims "thinking of you" to a three-letter signoff (right) in three messages and uses MY (miss you) at the end of several emails.

All together now: Awww.

3. He shares his Hulu log-in

Four months ago, Schlissel recommended the Hulu series "Only Murders in the Building" and told his lovemate: "Got good review in NYTimes." He also asked: "You have my HuLu [sic] credentials, right?"

She: "Not anymore. I deleted."

He: "would you like them again to use and delete as you see fit?"

She: "I would if not a problem for you."

He: "and when it asks you 'who's watching' just click Mark."

3. He thinks knishes are obscure

While asking his paramour for an address to thank two football game guests for "a box full of knishes" sent afterward, the Brooklyn-born Schlissel adds: "If you don't know what these are, we can share one sometime. Think spiced potato wrapped in thin dough and baked."

That suggests his special pal isn't a fellow Jew, though she turns out to be familiar with his cutural cuisine: "I DO know about knishes!! Really good," she replies.

"Come and sit with me," Schlissel suggested six minutes after emailing Individual 1 the advance text of his remarks at a 2019 medal presentation to Saudi Arabian journalist and filmmaker Safa Al Ahmad. "Like all great journalists, she is a champion of the people," his presentation concluded.

5. He misuses a word

Even a hotshot with degrees from Princeton ('79) and Johns Hopkins ('86) can confuse compliment and complement, as shown at left.

No surprise here, just confirmation that his lanky frame reclines in a flatbed seat during overseas flights, as Schlissel did between Detroit and Paris in November 2019 on the way to and from a six-day visit to India. He had a companion, though it's unclear who.

And for a January-February 2020 series of donor-cajoling events in Los Angeles, Atlanta and South Florida, Schlissel had first-row seats for all four Delta flights (about $2,400 total.)