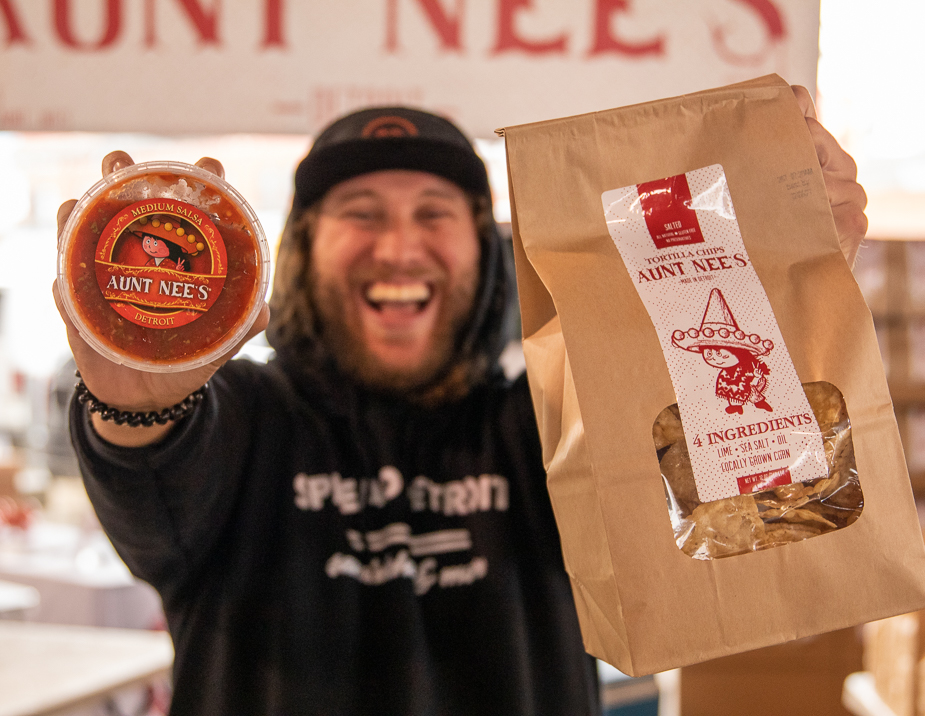 You may recognize Carlos Parisi as the host of "Detroit Digest," Deadline TV's twice-monthly show on restaurants in Detroit. Parisi is a true foodie, who has reviewed ethnic food trucks and notable restaurants like El Asador Steakhouse in Southwest Detroit and Scotty Simpson's Fish and Chips on the city's west side.

Now, Parisi talks about his own food gig, Aunt Nee's, a Detroit wholesale business that sells tortilla chips, salsa and guacamole at Whole Foods and other stores. You can also see him peddling his goods each Saturday in Shed 2 at Eastern Market.

Parisi partners with Detroit food manufacturers to produce his recipes. The guacamole is loosely based on his mother's.