This Dec. 21 article is updated.

It's beginning to look a lot like ... the early stages of the pandemic. 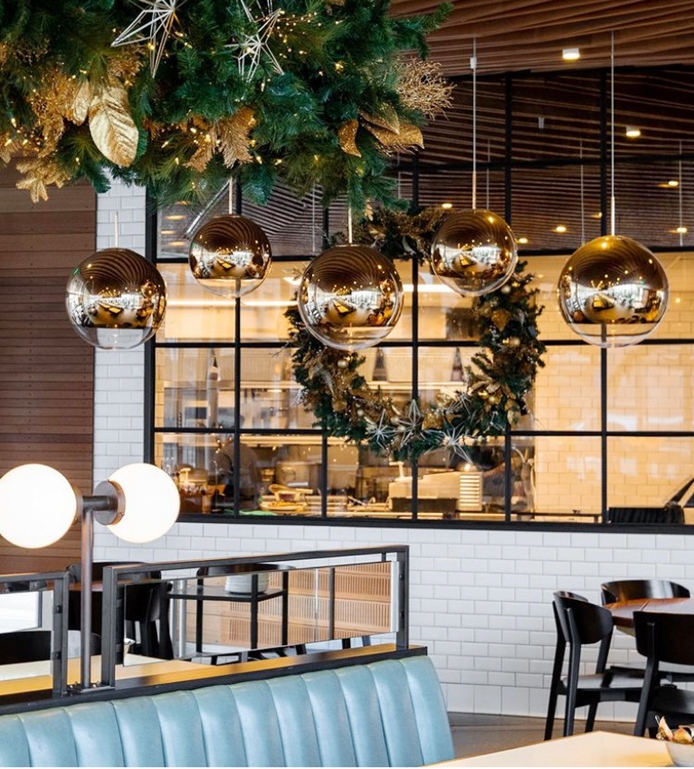 Lumen is all decked out, but isn't serving for now. (Photo: Instagram)

At least three popular Detroit restaurants closed for a while due to outbreaks among staff members in recent days. The setbacks strike at a particularly unfortunate week as holiday breaks from work and school typically generate a busy season for dining out.

Lumen, a Beacon Park attraction that's the most recent to suspend service, posts Sunday that it "due to some of our staff becoming symptomatic and the recent rise in Covid-19 cases, we have made the difficult decision to close." No reopening target is given, though New Year's Eve sounds out: "We are currently in the process of refunding all deposits."

Selden Standard in Midtown announced last Tuesday it would remain closed through Dec. 28 after some staff members tested positive for the virus.

Flowers of Vietnam in Southwest Detroit shut Dec. 18 after a "fully vaccinated" staff member was diagnosed as positive. It resumed business Thursday and Sunday, and plans to open this Wednesday through New Year's Eve.

The business interruptions come as Gov. Gretchen Whitmer declines to instate any masking or gathering restrictions amid the state's worst-ever case surge, instead pushing vaccines and booster shots as the best form of protection. On Tuesday, she predicted things would get worse over the next four to six weeks as the more contagious Omicron replaces Delta as the dominant strain.