I was the ultimate Covid scold. In the midst of Michigan’s fourth surge, I’ve given up 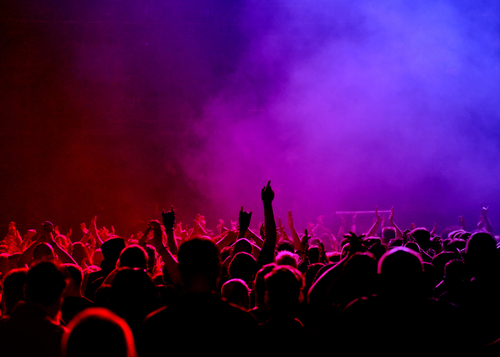 Millions of people are acting just like me. No one is telling us to stop, but maybe they should.

As un-woke as it was, and counter to my belief in civil liberties, at the beginning of the pandemic, I became a narc.

I was the reporter drawing attention to large, un-distanced and unmasked gatherings, the social media user who joked of calling the cops on illicit parties, the friend from whom people hid even small hangouts for fear of brutal shaming. Faced with the specter of prematurely losing family members and the grief of Detroiters who’d lost theirs, I became militant about the rules, going so far as to even lament that I didn’t live in a dictatorship getting things under control faster than the U.S.

In retrospect, I sucked — badly — but a once-in-a-lifetime pandemic is probably one of the better excuses to naively swing toward extremes.

Though I believed in, you know, rights, I also believed in individual sacrifice for collective benefit, and after all, wasn’t our most important right, the one from which all others flowed, the one to life?

Twenty-one months and three doses of the Pfizer vaccine later, with no end to the pandemic in sight and cases in Michigan surging like never before, I have surprised myself and those close to me by abandoning all restraint, trading my moral high horse for Megan Thee Stallion.

The state’s fourth Covid wave has brought about as much death as its worst predecessors, and the recent arrival of the Omicron variant threatens to push the toll 20 percent higher than last winter’s surge. And yet, last week, I visited no fewer than four bars, two restaurants, a holiday party and Little Caesars Arena for a nearly sold-out rap show. Megan was the draw, but upon learning she’d canceled because she felt sick after potential Covid exposure, I stayed anyway to see Lil Baby and afterward, I went to the club.

At every event, there were no masks required, no vaccines, no clean tests.

It’s more or less a free-for-all in Michigan now, where collective check-out, partisanship and the accessibility of vaccines has discouraged elected leaders and business owners from resurrecting the 2020 restrictions. With political and financial futures at stake, everyone has ultimately chosen the path they think best serves them.

The federal government suggests the unvaccinated wear masks when they're indoors around other people, but few seem to consistently follow that guidance. The state health department has advised that all Michiganders wear masks inside, but that too is not a directive. And there are no gathering limits to thin the crowd at an arena show.

This has complicated my own return to normal, insofar as my good times are often pierced by anxiety. As I sat wearing a KN-95 in a sea of maskless people at Litte Caesars Arena belting the lyrics to Drip Too Hard (don't stand too close/you gon' fuck around and drown off this wave), I returned to my routine practice of calculating risk:

If 10 of the 200 people who were at my friend’s work holiday party of medical professionals got Covid, and there are 20,000 seats in here, and if the vax rate here resembles Detroit’s — about one-third — well over 1,000 people could come out of here with Covid. Of those 1,000-plus, if one-third are asymptomatic or presymptomatic and roll straight into holiday gatherings with an average of five family members each, that’s… I felt a knot begin to form in my stomach.

My internal monologue turned to the organizers. While standard vax rules are increasingly ineffective and a booster requirement certainly would have prevented their filling the arena, why didn’t IHeartRadio require everyone wear masks? Even if just 70 percent of attendees followed that rule, that would certainly reduce the rate of transmission. I mean, the headliner was out because of Covid. How obvious could it be?

I came for Whitmer, wondering how she could permit tens of thousands of unmasked people, many of them unvaccinated, to gather indoors during our worst-ever case surge — at the onset of what could be an even worse surge — a week before they gather with their families for Christmas. More maskless potential super-spreader events would follow the next day, in the form of back-to-back Pistons and Wings games gleefully dubbed “a one-stop winter sports buffet” by local media. 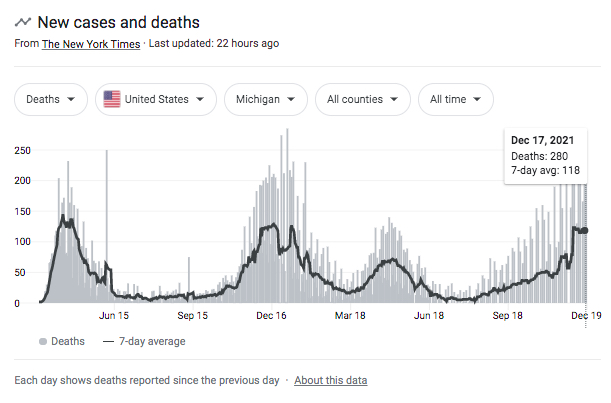 Then I went full circle: When there’s no collective will left, what is the government to do? Tens of thousands of people were signing up for this in their own self interest of fun. Hell, even the narc had switched teams. Vaccines are available; maybe this really was on the people who refuse to take them, and why would we hurt the economy and spread our safety net even thinner for their bad choices? Maybe it was on the at-risk to just be especially careful too. Plus, how much of a difference would the occasional restriction really make if Covid is here to stay?

Then I zeroed in on myself, a person who at one point didn’t buy any of that shit. A former member of team life over anything/money is a construct, just print more/unvaccinated people deserve life too and our corrupt government is responsible for fueling their mistrust.

It’s hard to diagnose the exact source of my pandemic fatigue, why it has grown more pronounced in this high-risk period. On a personal level, taking the L on Covid has started to seem more appealing than taking the L on my social life. I no longer feel like challenging myself to find fulfillment in quieter activities. I tell myself my mental health is at stake; humans require connectivity, and spending days on end alone, working from home in waning daylight, will likely be worse for me than the standard bout of Covid in an early 30-something with no underlying health issues. Long Covid remains a risk, though one I've thus far been willing to take.

But what happened to my sense of shared responsibility? At last check, a two-dose regimen of the vaccine reduced transmission by only 40 percent, and Omicron is expected to drive that rate down even further. Around the middle of the pandemic, as restrictions eased, I would space my indoor, unmasked social interactions at least a week apart and often get tested between functions to ensure I was protecting the people around me. How had I let that give way to Hot Girl Autumn, No Holds Barred? The only place I’d worn a mask was the show, and that was primarily to protect myself. Had death become so normalized that I was willing to risk causing it just to avoid a few months of cabin fever? Or had I recalibrated my moral compass based on the influence of others?

Saturday, as I further contemplated my “return to normal” and learned of more boosted people who’d been stricken with Covid, I told myself I'd slow my roll and sit out the start of winter — at least until the end of this surge. But no sooner than I arrived at that decision did I remember my New Year’s Eve plans and begin to renegotiate those terms.

There are millions of Michiganders acting just like me. No one is telling us to stop, but maybe they should.