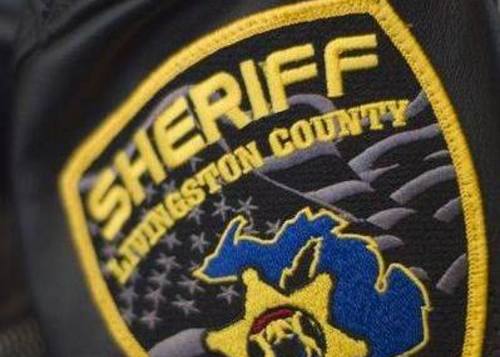 The Livingston County Sheriff's Office is seeking criminal charges against a Howell woman who took to Twitter to criticize recent public meeting comments by anti-maskers who describe themselves as nurses.

Sheriff Mike Murphy tells Deadline Detroit his department investigated Kasey Helton based on a complaint from someone who felt "legitimately threatened, harassed and intimidated," adding: "We felt the same way."

The Republican, who campaigned for Donald Trump, declined to disclose what tweets he believes were criminal in nature.

Helton reposted a series Monday in which she calls a purported nurse who complained of E. coli on masks "Nurse E.Coli b/c she's full of" followed by the poop emoji. She also tagged St. Joseph's Health, saying "I believe she's on your staff?"

The Livingston County Sheriff Department has filed a criminal complaint against me related to the Twitter posts I made this week about the nurses who publicly spread health misinformation. (THREAD)

In other tweets, she calls a "dangerous RN sponsored by Schoolcraft College" a "pathetic purveyor of health misinformation." In accompanying videos, one from a Brighton Board of Education meeting, a woman claiming to be a nurse calls masks ineffective and "a restriction of one's breathing."

The charges are pursuant to MCL 750.411s, which says "a person shall not post a message through the use of any medium of communication, including the internet or a computer" if four critera are met, including that the person has reason to believe "posting the message could cause two or more separate noncontinuous acts of unconsented contact with the victim," and if it results in "conduct that would cause a reasonable person to feel terrorized, frightened, intimidated, threatened, harassed or molested."

"Frankly I am shocked the LCSD would play a role in this naked attempt to undermine my free speech rights ... and silence dissenters of life threatening public policy measures during a deadly pandemic," Helton wrote on Twitter after announcing she was under investigation.

"I don't anticipate that they will charge or they'll be setting themsleves up for a problem as it relates to a civil rights issue and issuing a check on behalf of the folks who pay taxes in Livingston County," he said. "She's clearly not harassing or threatening anyone, so what they're in effect complaining about is politically protected First Amendment speech and you can't criminalize (that) regardless of how much it may upset you."

Murphy disagrees, but concedes a prosecutor may not see it the same way.

"If it were just posts disagreeing with something that was said at a public meeting, we would not have done an investigation," he said. "This, for us, is a test to see where that line is ... if they say it rises to the level of criminality.

"We’ve become uncivilized when it comes to social media and people take pot shots at people all day long. OK, there’s freedom of speech, but there’s also lines that need to be drawn in the sand."