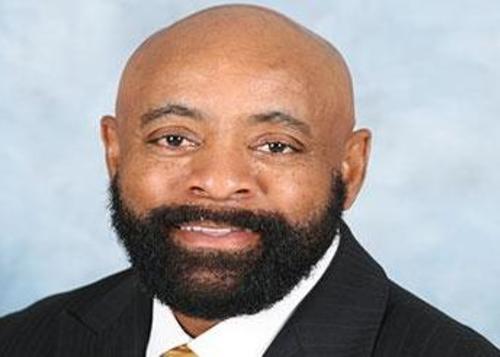 Martin Jones was in his 50s.

Jones was found behind the wheel of his vehicle Thursday morning with the motor running, two police commissioners who were briefed by Chief James White tell Deadline Detroit. The death appeared to be from a medical emergency and no crime is suspected, the commissioners said they were told.

Jones, the board's vice chair, was appointed by Mayor Mike Duggan and began serving in 2020.

Commissioner Willie Bell remembered him as having "a great deal of compassion for the community," a salesman-turned-handyman who spent much of his free time volunteering to fight crime.

"It's a tremendous loss, someone of that caliber," he said. "He was already involved as a citizen in this community but he wore that badge of a commissioner very proudly and it was a privilege to work with him."

He said he and Jones spoke frequently over the past year about police oversight matters, sometimes twice a day. Jones was also active with Detroit 300, canvassing on two unsolved cases in just the past few weeks, Bell said.

"He often was among the first to knock on doors or approach people for information to stop crime or to help police find those suspected of committing crimes," Commissioner Rev. Jim Holley said in a statement. "He never wanted anyone to be a victim of crime, and his work in the community reflected his deep value for getting justice for victims.

Officers were said to have found Jones around the border of Highland Park and Detroit. He was in his 50s.

The Detroit Police Department did not immediately reply to a request for more information.