This is adapted with permission from 11 tweets by Washtenaw County's prosecutor, a New York City teacher from 2005-07 before attending University of Michigan Law School.
He reacts Saturday to legislation being drafted by first-term state Rep. Steve Carra of Southwest Michigan, who wants to let teachers have a handgun in classroom lockboxes.

I’m a former eighth-grade classroom teacher. Let me be blunt: inserting more guns in schools—and trying to arm teachers—is about as dangerous and destructive a response as I can imagine. Here are some reasons why.

When I was a first-year teacher, I kept several bags of candy in a locked cabinet to give students as treats. One Friday, I was out for professional development. When I returned on Monday, I discovered that some kids had broken the lock and stolen all the candy.

Kids are going to try stuff, they just are. Anyone who thinks otherwise is fooling themselves.

And just imagine if that locked cabinet of mine had contained not candy, but a gun. That’s a gun that could be used on other kids. For self-harm. And yes—for an active shooting. 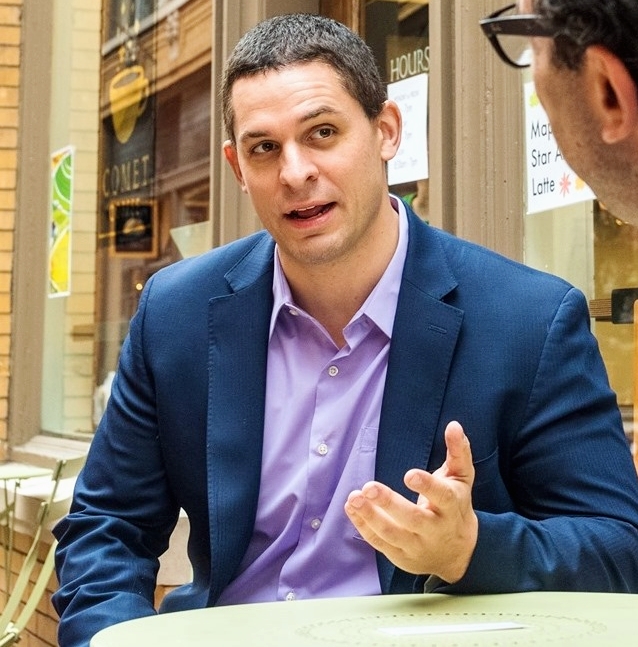 If the response is "oh well, we'll make sure there are super-impenetrable locks," how do you ensure a kid isn't going to swipe a key while the teacher is paying attention to other kids? How do you eliminate the possibility for human error in securing the gun?

I can't tell you how chaotic middle school classrooms can be, or how many things a teacher or administrator has to deal with. We're really going to add "securing a deadly weapon" to that list?

And we're not going to expect any errors or tragedies? GTFO.

Moving on: Even if a gun is secure and locked, the presence of a gun in the classroom is going to scare a bunch of kids to death. As one of my teacher mentors wisely told me just before I started teaching: "Nobody learns well in an environment of fear."

Put yourselves in the shoes of a 13-year-old who may be struggling in a particular class. May have been disciplined by a particular teacher. May have mouthed off to that teacher. You think that teacher having a gun isn't going to scare some students like that? Really?

And when does a teacher decide to grab the gun?

Rumors and misinformation spread quickly in school environments. If there's a fight in the cafeteria and some kids start screaming that one of the kids has a knife, are teachers supposed to grab the gun and head down? Start firing?

Has anybody thought about toy guns? You know that kids have those, right?

You're telling me that in a chaotic situation, teachers are supposed to be able to instantly distinguish between a realistic-looking toy gun and an actual gun?

And even in an active shooter situation, what’s the goal? To have teachers engaging in cross-fire with a shooter? To have more bullets flying around a crowded hallway?

Even the presence of trained school officers didn’t prevent Oxford. Tough to see how armed teachers would.

We need real policy change. But those policy changes should be geared towards ensuring that fewer guns can get into a school environment or into kids' hands.