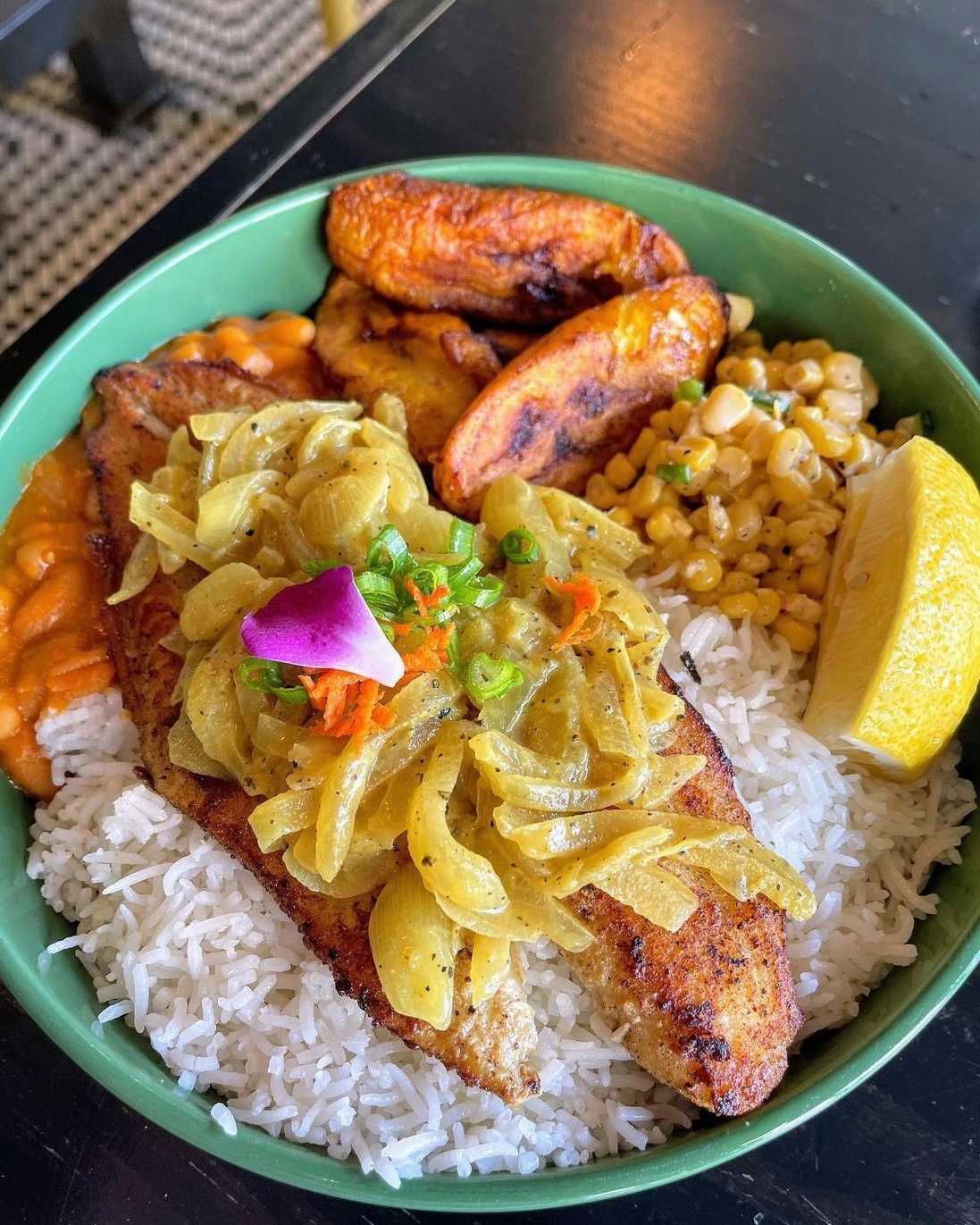 The restaurant at 6568 Woodward opened this year to a very favorable review from Melody Baetens of The Detroit News, who wrote in September:

Open officially since April after a soft debut in February, Baobab Fare at Woodward and Grand  Boulevard is one of the most interesting and must-visit new restaurants to open in the city in 2021 so far. Inside they're serving comforting and nourishing dishes that reflect the owners' homeland and fill the dining room with a welcoming aroma.

Hamissi Mamba saw obvious opportunity in the dearth of African restaurants in Detroit, the nation’s largest Black-majority city: Like a baobab tree that flourishes in the desert, a restaurant serving East African fare could blossom here. Diners had warmly embraced Mamba and his wife, Nadia Nijimbere, since they’d launched their wildly popular pop-ups serving the cuisine of their native Burundi in 2017 — shortly after they were granted asylum.

Now that Baobab Fare has a vibrant, permanent home, the couple’s take on the quintessential East African comfort dish ugali, a dense corn-flour ball served once a week alongside savory hot okra stew, is fast becoming a signature alongside the mbuzi, a dish of slow-roasted goat that parts effortlessly from the bone.