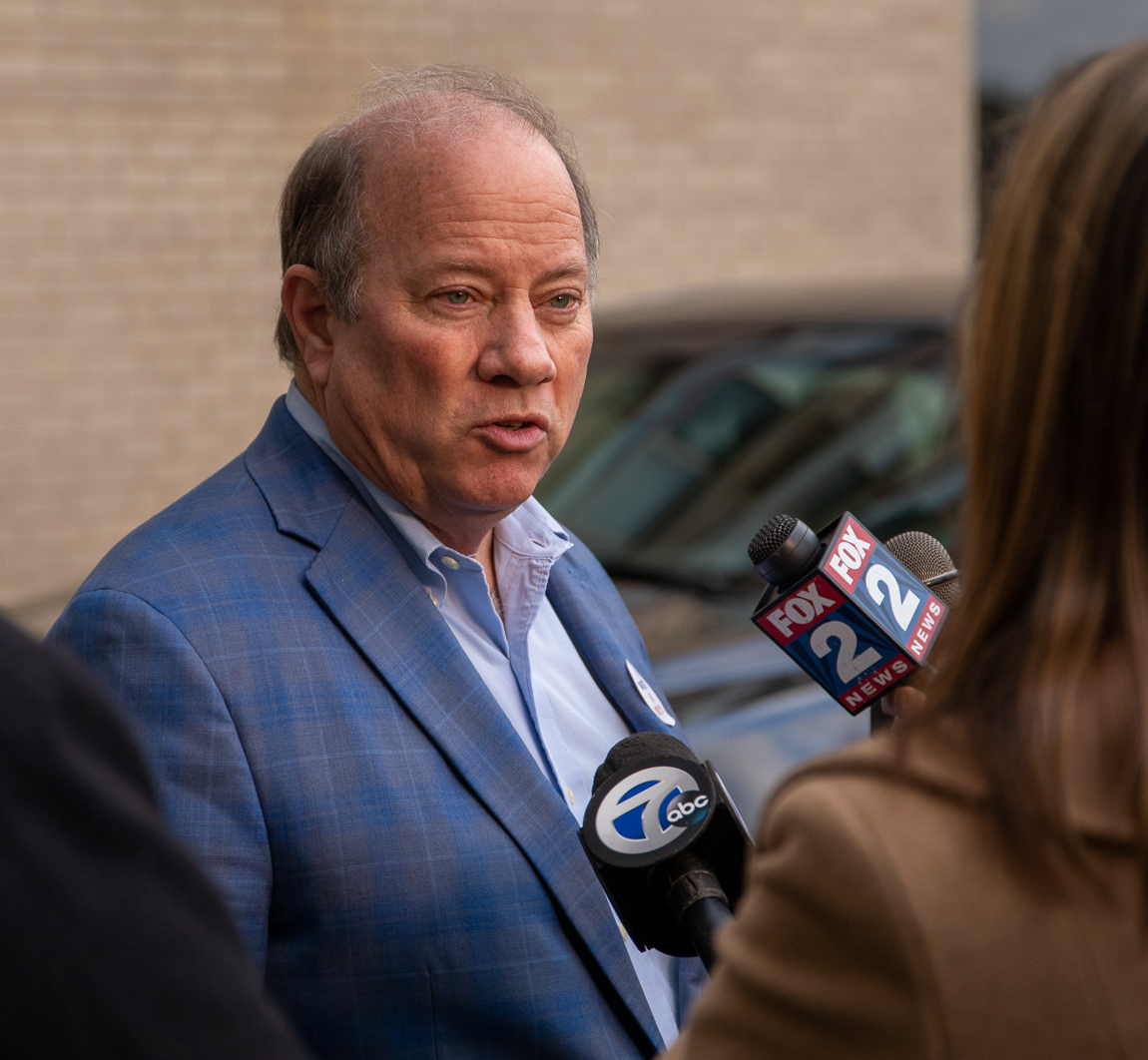 In news as surprising as an eastern sunrise, Mike Duggan soundly defeated challenger Anthony Adams on Tuesday night in his bid for a third term.

"I didn't run again 'cause the work was done," Duggan told a crowd at his victory party at Nnamdi’s Center for Contemporary Art on E. Forest Avenue. "We got a lot of work still to do And so what's the next four years going to look like?

"If you're in one of those neighborhoods that still has abandoned houses...we are gonna get there in the next four years and every single house is either going to be occupied or it's going to come down." (Listen to full speech below)

It was a race that wasn’t, a Corvette against a Chevette, a well-funded, experienced politician and his backers against a mismatched and underfunded contender. If Duggan v. Anthony Adams were a boxing match, sportswriters would call Adams a tomato can.

And it ended as expected, with Duggan dominating and successfully marginalizing Adams as a contender.  It was a race distinguished by what didn’t happen – vigorous campaigning, debates or even candidate forums featuring both men – which made the Duggan victory seem all the more effortless.

Duggan, who has spent his career in the private and public sectors, will preside for another four years over a city he took control of as it emerged from municipal bankruptcy protection in 2014.

His second re-election campaign was a contrast to 2017’s, when Coleman Young II was at least able to goad the mayor into a debate, although Duggan still prevailed easily on Election Day, garnering 68 percent of the vote that year.

This year, Duggan’s strategy was to treat Adams less as an opponent and more of an annoyance, refusing to engage, claiming Adams was guilty of “hateful and divisive rhetoric” that was beneath a response. 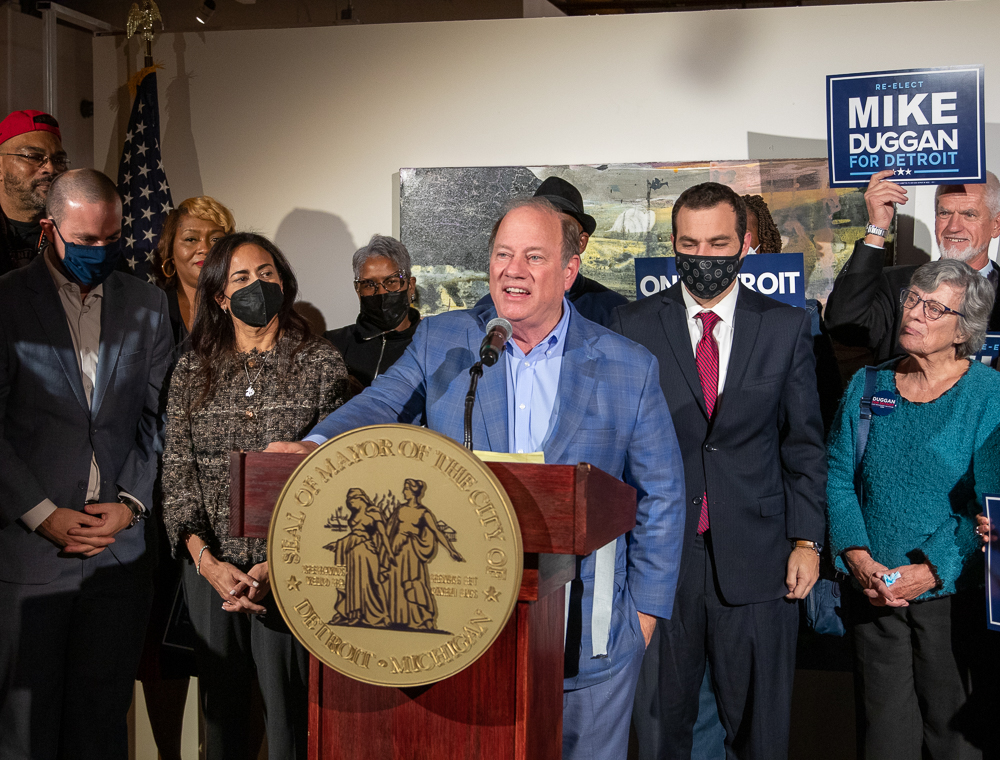 It was a successful play. Adams, former deputy to Mayor Kwame Kilpatrick, was never able to slow the Duggan juggernaut, or even dominate a news cycle. He also missed the most recent campaign filing deadline in October.

Duggan didn’t take campaign season off entirely. He raised more than $2.6 million. Advertising on billboards around the city boasted his accomplishments in terms of alleys cleaned, houses renovated and jobs coaxed to the city (these were paid for by a dark money nonprofit run by his current and former appointees). He picked up endorsements from established political groups and major newspapers.

The mayor’s second term was marked by unusual highs and lows. The Covid-19 pandemic hit the city hard, but Duggan was visibly present for residents, in regular briefings and in setting up a well-run testing and vaccination program. He also helped put together a deal for the expansion of the east-side Chrysler plant, representing a $2.5-billion investment and nearly 5,000 new jobs, many reserved for Detroit residents.

And in his personal life, Duggan was wed for a second time, marrying Dr. Sonia Hassan in September. Their relationship was at the center of a gossipy 2019 campaign by a local businessman, Bob Carmack, who paid a private detective to follow the mayor to Hassan’s suburban condo, then showed the surveillance videos on mobile billboards circling through downtown. There were more serious charges that Duggan gave preferential treatment to Hassan’s prenatal health nonprofit, Make Your Date. But the issue never developed into much of a concern with voters, apparently.

Much of the news generated this campaign cycle was in the Detroit City Council races, where candidates loyal to Duggan were supported by dark-money groups loyal to the mayor, although he denied being connected to one.

Challenges await in the mayor’s third term. Violent crime continues to plague the city, as well as a federal-level investigation into the city's towing practices and two council members, who have been his allies.