“I guess, if you can’t learn from your mistakes, there’s no use going on,” Morris said. “Hopefully, I have learned a few things and will continue to learn a few things.” 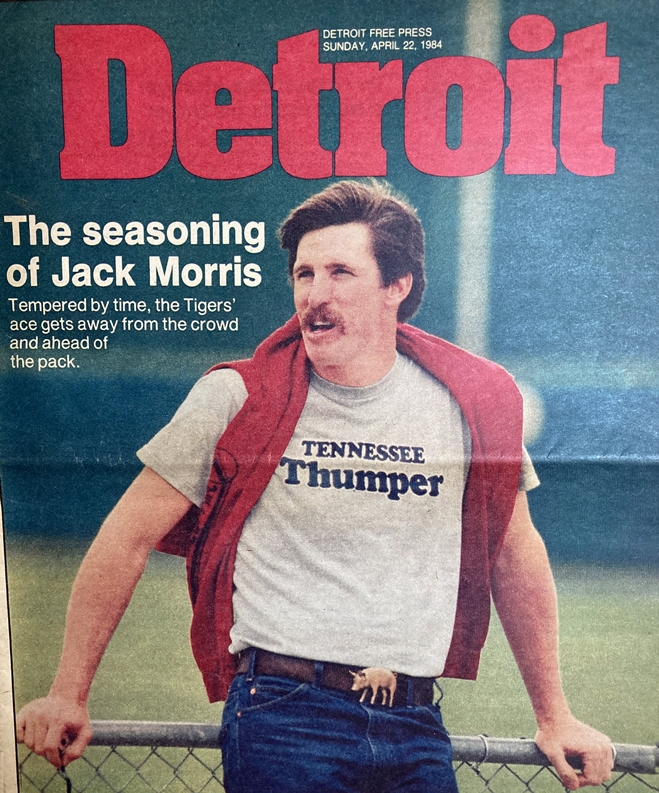 No, Morris didn’t speak these words Friday night, when he returned to the Tigers’ television booth on Bally Sports Detroit after a nearly one-month suspension for inappropriate ethnic "humor."

Instead, Morris said this more than 37 years ago when I interviewed him for the Sunday Free Press' magazine (right). At the time, he spoke of his youthful temper as a strong-willed pitching star for the Tigers, on his way to World Series heroics and the Baseball Hall of Fame.

But Morris’s historic self-reflection from 1984 harmonized with Friday’s lengthy apology for a mock Japanese accent Aug. 17 when discussing how to pitch to Los Angeles Angels sensation Shohei Ohtani. Instead of saying “very, very careful” that night, Morris pronounced it “berri, berri care-fuw.”

Speaking to the camera Friday night, Morris said: “I appreciate the opportunity to work with a bias-training group. My words are important. I’d like to read my statement.”

Then the legendary pitcher nervously read a text while standing alongside play-by-play announcer Matt Shepard.

“I again would like to sincerely apologize for my insensitive comments that I made my last broadcast,” Morris said. “I am very sorry that my comment offended so many, and especially the Asian community. ... I never intended it to be hurtful or offensive to anyone. ... We all can and should be more sensitive and thoughtful . . . I love the diversity in baseball. It brings so many countries and cultures together in an inclusive way. ... I am thrilled to be back at the ballpark.”

Morris and Shepard then reported a 10-4 Tigers victory over the Tampa Bay Rays, one of the best teams. As is the case with many Tigers’ games this season, it was entertaining and interesting.

But one of the pivotal moments showed that Bally’s Tigers’ productions suffer from more than Morris' flippant "humor."

With two outs in the top of the seventh inning -- with the Tigers leading, 3-1, and two men out and nobody on base -- Nelson Cruz of Tampa Bay hit a fly ball between center fielder Derek Hill and left fielder Akil Baddoo. Either could have caught it, but both backed off and the ball fell for a hit.​

This created a rally as pitcher Jose Cisnero then walked two batters to set up a bases-loaded double by Ji-man Choi to give Tampa a 4-3 lead.

Thankfully, Morris offered no funny pronunciations regarding Choi. But he made a good point about the outfielders before failing to follow up with relevant background.

“Two guys that still haven’t gotten completely comfortable with each other,” Morris said. “Both of them have the ability to close the gap and get that ball. And I think both kind of looked at each other and hesitated.”

What Morris failed to note was that these same outfielders landed on the injured list last month after a frightening collision on a similar play in Baltimore. Badoo suffered a concussion and Hill bruised his ribcage.

Perhaps Morris wasn’t working that night. Rotating voices include Morris, Dan Petry, Kirk Gibson and Craig Monroe, taking turns alongside Shepard while a whole bunch of other guys chip in while sitting at desks and wandering the grandstands.

That technical crew should have retrieved the video of that horrific crash and shown it to explain why these two speedy outfielders were so tentative Friday.

Other unforced errors litter Bally telecasts that have nothing to do with ethnic slurs. The Bally screen often fails to show a batter’s name or statistics until deep in his at-bat. Sometimes, the at-bat ends before they get to it. 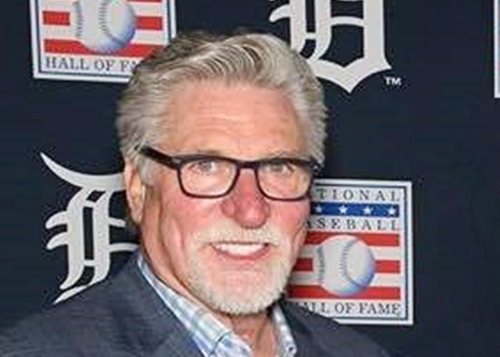 And when home runs are hit, especially in road games, the main camera sometimes follows the ball into the sky, with the crowd as background. This mistake gives the viewer no context clues as to the flight of the ball -- a fundamental error.

Most viewers know the way to frame a deep fly ball is to keep the outfielder in the bottom of the shot as he nears the outfield fence. That way the viewer can judge the likelihood of a home run, probably better than Shepard, who sometimes misses his guesses.

But if the screen shows just the ball in the sky, the camera fails to provide what the viewer needs to see.

Thankfully, the operator at Comerica Park Friday framed the scene perfectly when Detroit’s Jonathan Schoop hit a grand slam in the bottom of the seventh to clinch the victory.

Bally didn’t say Friday night whether Morris will return next season. His transgression is but one of many venial sins in Bally’s sloppy productions. With the Tigers improving rapidly on the field, it’s time for their TV telecasts to do the same.