The coach of the Ann Arbor Pioneer High School football team forfeited its Friday night game against Bedford High School after the school's JV squad reported being called racial slurs during their game the previous night. 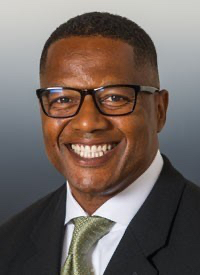 Pioneer Head Coach Jimmy Williams said he held a meeting with the team this afternoon and told his players they shouldn't be subject to this type of harassment. Instead, the team would forfeit the game.

Just hours before kickoff, the gates were closed and the lights were off.

Coach Williams, a former Detroit Lion, is in his first year as Pioneer's head coach. He said for half of the JV game, their players were subject to being called the 'N' word multiple times without referee intervention. He decided to cancel the varsity game as the investigation continues.

A Bedford team statistician called the incident "really unfortunate because it paints the whole community as something that they’re not."

Ann Arbor Public Schools superintendent Jeanice Swift issued a statement saying the administration supports the coach's decision and demanding a full investigation by the MHSAA. The Bedford Public Schools superintendent, Carl Shultz, also made a statement asking for an investigation. "There is no place in high school athletics, or any other setting, for the type of behavior being alleged," he added.