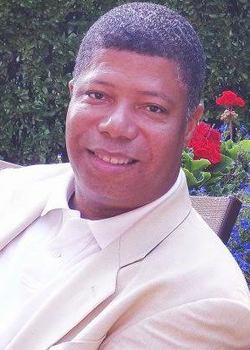 Greg Bowens: "I am going to vote...then I will go back to my life as part of a suburban voting bloc that is largely ignored politically."

I am Sam Greenlee's "The Spook Who Sat by the Door” in Oakland County.

I am Ralph Ellison's "Invisible Man" in Harper Woods, Eastpointe and the Grosse Pointes. I am Lorraine Hansberry's “The Raisin in The Sun” in Macomb County.

And I am Maya Angelou's “I Know Why the Caged Bird Sings” in Washtenaw County.

But come Tuesday, I will vote in the primary election.

I will vote my conscience after watching all the commercials telling me to trust Joe Biden. I will fill out my ballot after all the Bernie Sanders rallies beating up on the man are done. I will make up my own mind in my own time and in my own way after listening to the experts tell me how I am going to vote and why.

And then I will go back to my life as part of a suburban Detroit voting bloc that is largely ignored politically.

I will go back to being 14 percent of Oakland County’s black population. I will go back to riding the tide of a rising black population in Detroit’s eastern suburbs – Harper Woods at 58 percent; Eastpointe at 49 percent; and Grosse Pointe Park leading the five Pointes at 10 percent. I will take care of business as the largest minority group at 12 percent African American in Macomb County. I will quietly continue living as Washtenaw County’s largest minority population at 12 percent too.

I am “The Spook Who Sat by the Door” in Oakland County who finally saw someone like me get appointed to the county executive’s office last year.

Still, I am “The Raisin in The Sun” in Macomb County still festering at the lack of elected representation.

And “I Know Why the Caged Bird Sings” in Washtenaw County because they say black unemployment is low but it’s still too hard to get by while nobody seems to care.

As Maya Angelou said: "But still, like dust, I'll rise"

I remember Joe Biden speaking at a campaign event for Republican congressman Fred Upton’s successful re-election bid last time. I remember his crime bill, his fumbling on busing and NAFTA.

I remember the Bernie Bros' ignorant trolling on the Internet and Bernie's challenges with campaign messages that speak directly about race.

I also remember Charlottesville, Nazis protesting in downtown Detroit and brown children kept in cages at the border.

Get up. Get out. Vote in the presidential primaries on Tuesday.

The author is a former journalist, civil rights activist and public relations professional who lives in Grosse Pointe Park.